Serious injuries to scaffolder who has fallen from height

The 39-year-old worker reportedly fell through the roof of a mill in Cowie, Scotland. Emergency services rushed to the scene shortly after 9.30 am on the 21st of July 2020.

It is understood an air ambulance was also called to the chipboard factory and the worker was scrambled to Glasgow’s Queen Elizabeth University hospital to be treated for his injuries.

One person who claimed to be onsite at the time told local media “A scaffolder fell through the roof and a girder landed on top of him.”

The local police have launched an investigation into the incident and the Health and Safety Executive has been made aware.

A spokesperson for Police Scotland said: “Around 9.35 am, officers were called to a report of a worker injured at premises on Station Road, Cowie.

“Police and ambulance attended, and the 39-year-old man has been taken to the Queen Elizabeth University Hospital in Glasgow. The Health and Safety Executive has been informed.

“Officers are currently carrying out enquiries into this incident.”

A spokesman said: “A contractor erecting scaffolding fell from a platform. Our on-site medical team provided immediate assistance and emergency services were called.

“The Health & Safety Executive is currently investigating, and we are cooperating with their enquiries.” 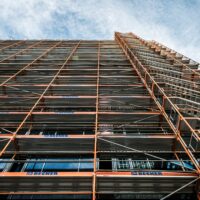 Why Training is Important for Scaffold Estimator Jobs 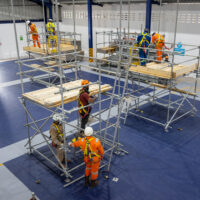